Be first to read the latest tech news, Industry Leader's Insights, and CIO interviews of medium and large enterprises exclusively from Aerospace and Defense Review

THANK YOU FOR SUBSCRIBING

The Defense Industry-A Microcosm of the Burgeoning App Economy 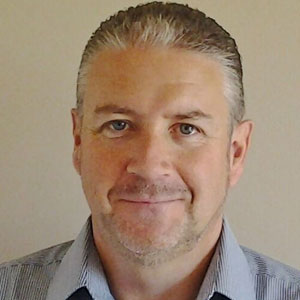 Several companies are heeding the call to create apps for niche markets in the military, and with more government agencies allowing funds to go toward the creation and adoption of the apps; it’s only a matter of time before all of our soldiers are connected. There are, however, some skeptics who think the last thing soldier Sneed is the distraction of an app or app Ecosystem. While it’s unlikely that battles will be won or lost on a handheld device, I often look at the most popular Consumer apps available today and wonder how many of them could easily translate to the needs of our military.

►Secure Communications: Ensuring that the military has a secure, encrypted and controlled app environment is important with smart phones that use VoIP, which are arguably as secure as most field two-way radios. Companies like Black phone take that one step further with encrypted voice and messaging, as does the new partnership between Boeing and BlackBerry called the Boeing Black, which promises to be tamper-proof and offers the user a full data wipe and software lockdown, or a self-destruct protocol.

►Virtual and Augmented Reality: While this has several uses for the average gamer, and those walking around urban settings to find out more about their location, the applications of augmented reality by the military are endless, including receiving real-time intelligence on location and giving tips on how to handle new, stress-inducing situations.

►Wearable’s/Fitness and health. Augmented reality is only as good as the wearable’s that deliver it, so customized versions of Google Glass, smart watches and connected clothing will become mainstream in military circles in the next few years. Emphasis should be given to those that can offer intelligence and evidence gathering through video to assess new situations and terrain. We will likely see the same of fitness trackers and their apps, which were popular with consumers in 2014.

►Mapping. GPS was deliberately inaccurate when it was first created, and only used in an accurate mode by the military (for whom GPS was developed).These days everyone gets accurate GPS on their mobile phones, which also gives the military access to precise and easy to use mapping services from a range of third party app providers. In-building mapping is also proving useful and advancing fast, something essential to the military.

►Drones: These are now a must-have toy (albeit an expensive one), and every drone has an app to control it. Drones aren’t new in military, but the use of apps to gather data from them will expand in the future, so long as the apps Terry Hughes come from a trusted app store partner and provider in a secure environment.

►Remote Access and Control: Consumers these days useapps to turn their house alarms off, lock their cars and much    more. As the Internet of Things grows, troops will be able to remotely access and control sensors, remote plant and other infieldassets to gather intelligence and control devices.

► Database and Information Access: Quality assurance for devices and equipment can be critical for the military. Just as consumers use apps these days to access everything from banking information to “how to” guides to maps of metro lines, so military personnel will use apps to get real-time data and informative charts rather than carrying cumbersome manuals or documents. For example, military personnel constructing in the field will have access via apps to information on the location of cables, pipes and other field assets. This will also help in training new members of the military, whether it’s maintenance on a new piece of machinery to training in the field.

►App Development: The military can create apps in days or weeks to address specific needs, rather than having to commission specific companies to create solutions at great cost. From apps that are calculators, to apps that become Navy logbooks, language translation and currency conversion tools, the possibilities are endless.

►App Store: The last thing military leaders want to do is give their troops access to app stores like Google Play. With apps that require high levels of security that can be customized to meet their needs, they will want their own walled garden of highly curate apps in a tightly managed app store environment where approved personnel can submit apps and download them. Third party developers who focus on military apps will then have a place to submit them and get discovered, too.

Entertainment Soldiers need downtime, and approved apps that have been pre-vetted can deliver relaxation, mental stimulation and education for those times when they get a well deserved break.

As the Internet of Things grows, it is easy to remotely access and control sensors, remote plant and other in-field assets to gather intelligence and control devices

This is a terrific new business opportunity for developers of consumer apps that can be re-purposed for military use. Could some of those apps be used to save lives? Yes. Could those same apps be used in the field on a new range of rugged, smart devices and wearable’s? Developers that embrace these opportunities by customizing and enhancing their apps for military use may find a whole new market, providing there are specific app stores out there for military procurement to find and source their apps.

Developments and Innovations in Aerospace Technologies

The Role of Agencies in Transforming Border Management

The State Of Automation In The Aerospace Industry

Future Of Space Security: What The Industry Can Do To Improve Cyber Resiliency

However, if you would like to share the information in this article, you may use the link below: